Free shipping on orders over $50!

SoChatti is more than just melted chocolate. Our chocolate-making process delivers a depth of flavor that will change your chocolate expectations. SoChatti’s craft, coupled with our innovative packaging, preserves the flavors that typically get lost during traditional chocolate manufacturing.

On our quest for dairy-free chocolate, we discovered a technology that unlocked chocolate’s flavor unlike anything we had ever tried before. SoChatti delivers the true flavor and purest chocolate experience.

Is SoChatti just warm chocolate, you ask? Unfortunately, it’s not that simple. While SoChatti and standard chocolate use many of the same ingredients, SoChatti is crafted and packaged to preserve flavors lost during traditional chocolate manufacturing. Warming up a bar of chocolate cannot revive flavors that have already been destroyed. Instead, SoChatti utilizes tailor-made manufacturing and delivery methods built on a platform of premium quality and innovation to deliver the chocolate maker’s experience to our consumers. 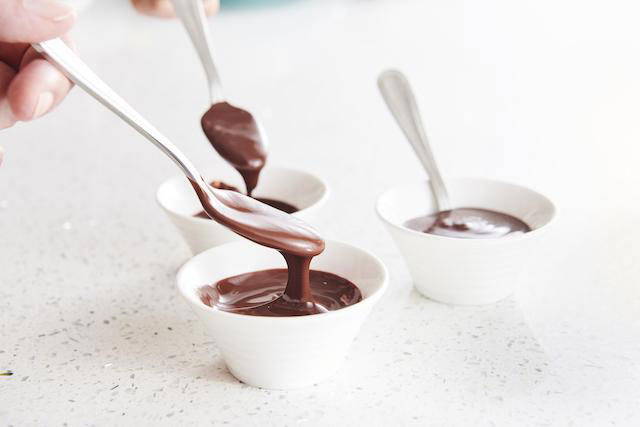 SoChatti is crafted and packaged to preserve the flavors lost during traditional chocolate manufacturing. Traditionally, beans are roasted, shells are removed, nibs are ground, the resulting liquor is tempered, and the chocolate is molded. Our chocolate making process follows six key steps, each of which contributes to the creation and preservation of the flavor and texture of our chocolate. 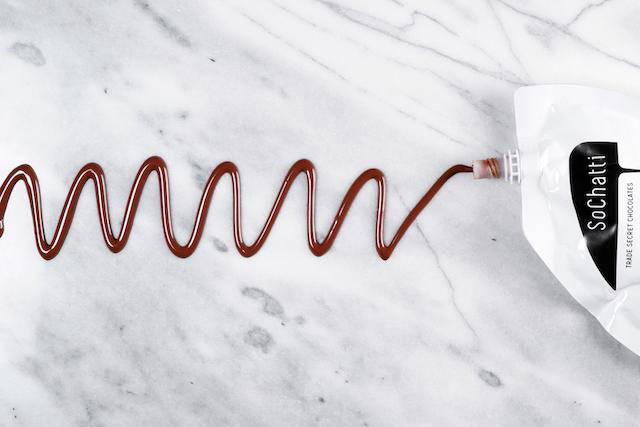 WHAT'S DIFFERENT ABOUT THE SOCHATTI PROCESS?

SoChatti’s manufacturing process is designed to encourage innovation. It is flexible, self-drying and completely cleanable between batches, enabling the creation and preservation of unique flavor profiles. Specific ratios of grinding media — extra-large steel balls — have been carefully selected to pulverize a broad range of ingredients. Our active drying mechanism selectively absorbs moisture during manufacturing, an attention to detail that results in a smooth, glossy liquid chocolate.

HOW IS (PURE) CHOCOLATE MADE?

The process of making Sochatti chocolate can be broken down into six steps: sourcing ingredients, producing cacao nibs, roasting, grinding, packaging, and cleaning. 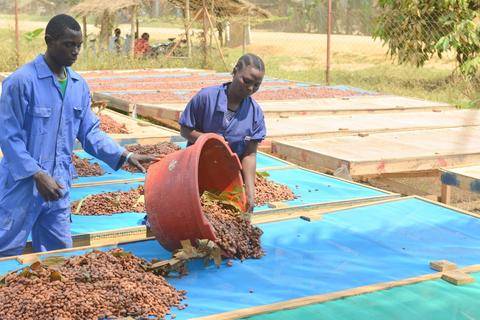 We’re committed to creating a more sustainable supply chain by working with suppliers around the world to provide reasonable working wages and aid growing economies in cacao rich regions. 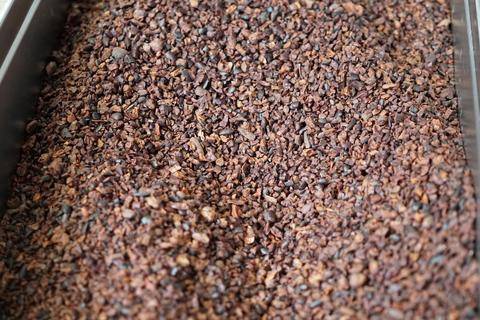 The process of producing cacao nibs and preparing them for roasting has its own set of detailed steps: sorting, flash roasting, chopping, and winnowing. 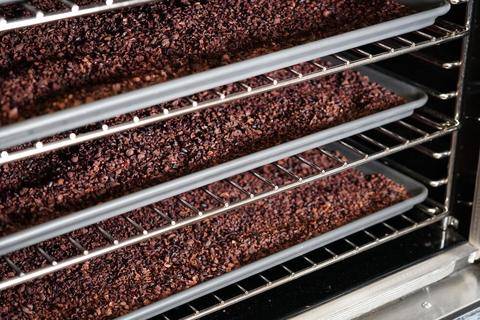 In order to cultivate and mature the true, complex flavors of chocolate, our roasting follows a precise process of analysis, roasting, and quenching. 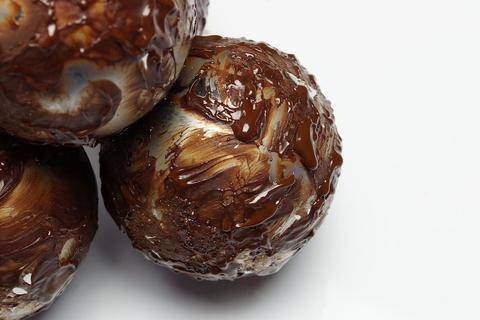 After roasting, ingredients are combined in the SoChatti grinder where they are continuously cold ground for almost 24 hours. The combination will first be made into a chocolate liquor to release the natural oils and aromas found in the beans. As these natural oils begin to coat the particles, the sugar and cocoa butter are added. After nearly 60 hours of continuous grinding, smooth, aromatic SoChatti is ready for filtering and outgassing. 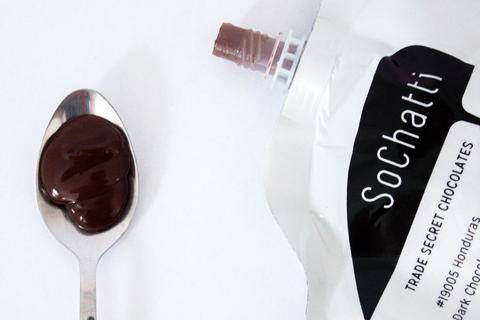 Our packaging process is what keeps our flavors rich and pure. First, the chocolate is removed from the grinder and strained to filter out any unground ingredients. The outgassing process is next, where SoChatti is placed in a vacuum cleaner to extract microscopic air bubbles that may degrade the flavor over time. SoChatti is then immediately bagged to preserve the chocolate's flavor until you are ready to enjoy. 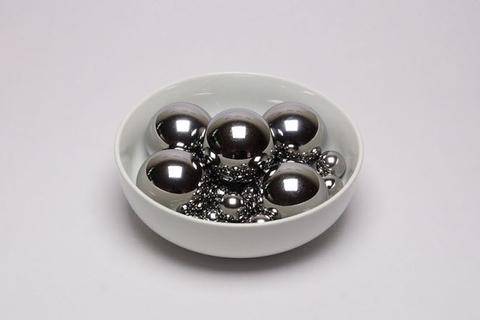 The SoChatti manufacturing process is self-drying and completely cleanable between batches, enabling the preservation of unique flavor profiles. Our active drying mechanism absorbs moisture during manufacturing, an attention to detail that results in a smooth, glossy liquid chocolate. Traditionally, cleaning can be a concern for chocolate makers, as the chocolate’s exposure to moisture after equipment cleaning can affect the chocolate’s recipe.

Why did Matt Rubin start a chocolate company? When his wife received a report in the mail indicating she had a dairy allergy, she was devastated at the thought of never eating chocolate again. Matt then decided to make her dairy-free chocolate that tastes amazing (happy wife, happy life!). After two days of research and a quick stop to a local grocery store for some whole cacao beans, Matt got to work with an $11 coffee grinder and a mortar and pestle. A couple hours of elbow grease later, he had made from scratch his first 3-ounce batch of dairy-free chocolate. It was coarse, but good. Batch after batch, the chocolate got better. The chocolate-making equipment started to accumulate first in a drawer, and then on a shelf, eventually taking up multiple shelves in the garage. The scale increased, the quality improved, and professional chocolatiers began to take an interest. A few weeks later, a business was formed! 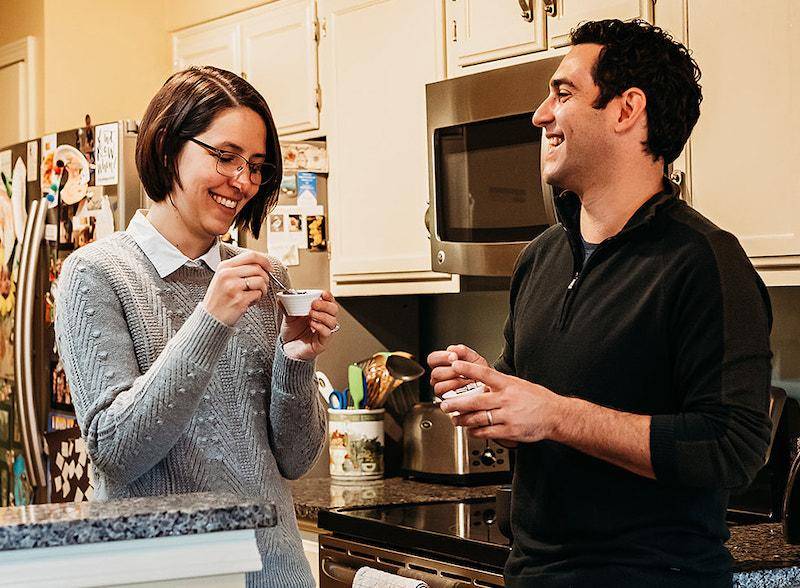 Stay in the know

Stay up-to-date with new recipes, product releases, updates and the occasional promotion. We promise we won't spam you.

Plus, receive 15% off your first order.